Esquao, the Institute for the Advancement of Aboriginal Women, was founded by Muriel Stanley Venne in 1994. She had already built a reputation for advocating for Indigenous women who came to her for help, and people from other organizations would send women to her to open (or bust down) doors.

As we celebrate our 27th year this September, we look back on some of the milestones that have been achieved. We’ve delivered hundreds of short-term projects, including: 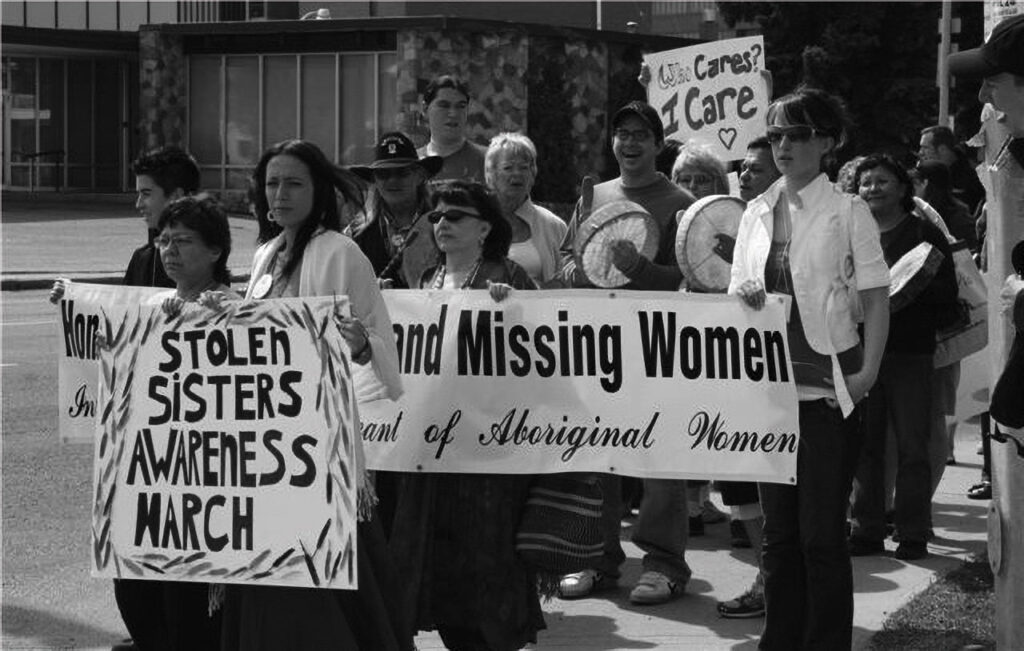 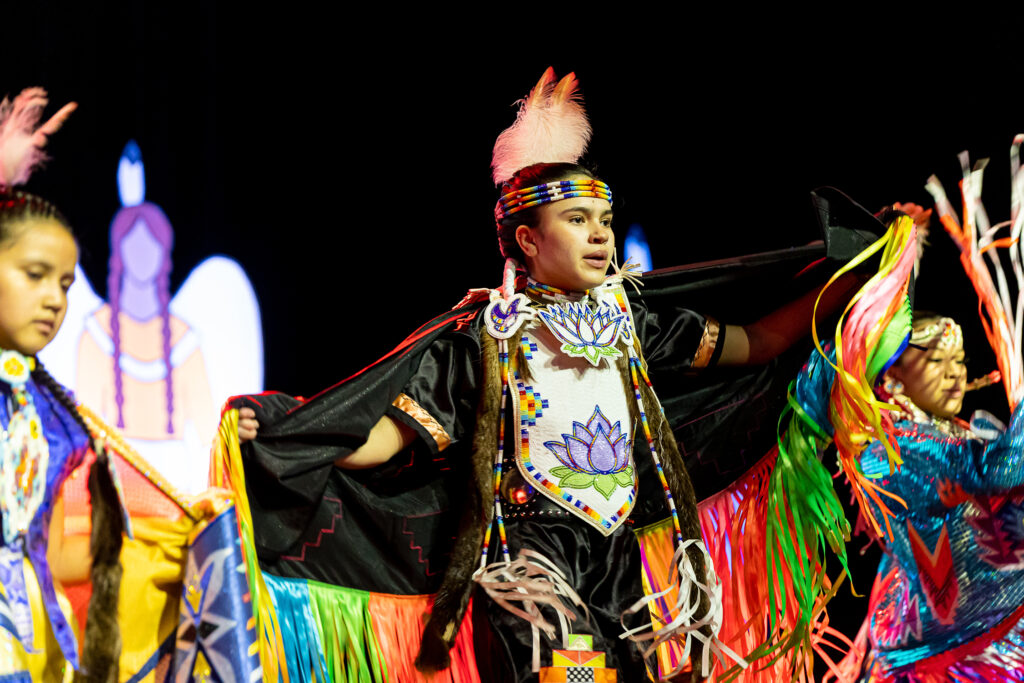 The Esquao Awards were launched by Muriel and Marggo Pariseau in 1995, recognizing Indigenous women for their significant accomplishments in their communities. Over the years, its transition has been spurred on by the desire to eliminate competition and support the sisters in the First Nation, Métis Nation, Métis Settlement and Inuit communities of Alberta.

In those days you would rarely see an Indigenous woman honoured at community recognition ceremonies. Muriel and Marggo decided if others couldn’t see the “strength and beauty” of our women, then we would honour them. The first five recipients were Nellie Carlson, Bertha Clark Jones, Alvina Strasbourg, Clara Woodbridge and Marge Johansen.

In the first couple of years, the recipients of the year prior would choose the women for the next year. That went well for the first couple of years, but because we were only recognizing five women, decisions focused on who was the oldest and may not be around for the following year. Later, the process was changed to accept nominations year-round and make them totally community-driven across the province.

This long-running event is now the single largest recognition event of Indigenous women in Canada.

The majority of advocacy cases taken on by the Institute for the Advancement of Aboriginal Women  were a result of human rights violations. In the late 1990s, staff heard of the Rights Path document in Winnipeg and designed The Rights Path-Alberta booklet and video. It listed the human rights in 13 protected areas in plain language to educate people on their human rights. Workshops were presented in the community and a youth group was formed to focus on human rights as they pertained to being detained by police without cause, freedom to express their Indigeneity at school  and with social workers while in foster care.

Institute for the Advancement of Aboriginal Women leaders attended United Nations Forum on Indigenous People in 2009 and again in 2015. A presentation was made to Secretary General in 2010 on the Missing and Murdered Indigenous Women, in which the names of the women missing and murdered with no one charged was highlighted.

The Institute for the Advancement of Aboriginal Women has participated in many racism elimination initiatives. These, like many other government exercises, were very good at asking people what was wrong and exposing areas for improvement but did not result in the significant change that was necessary. Systemic discrimination continues in our justice system, child welfare, policing, health care, education, funding and leadership/decision-making processes. We continue to come together with like-minded individuals and partners to work towards systemic policy changes.

The Institute for the Advancement of Aboriginal Women with the Aboriginal Commission on Human Rights and Justice, partnered to develop the Social Justice Awards to honour non-Indigenous allies who were working to advance justice for Indigenous people. The first recipient was Freeman Taylor, an Edmonton police detective that solved the Joyce Cardinal murder. Taylor promised the family he would not stop until the murder was solved. The ceremony involved the family and community coming together and Taylor was presented a soapstone carving by Cliff Supernault. Currently, this carving is part of a display on Muriel Stanley Venne at the Royal Alberta Museum in Edmonton. 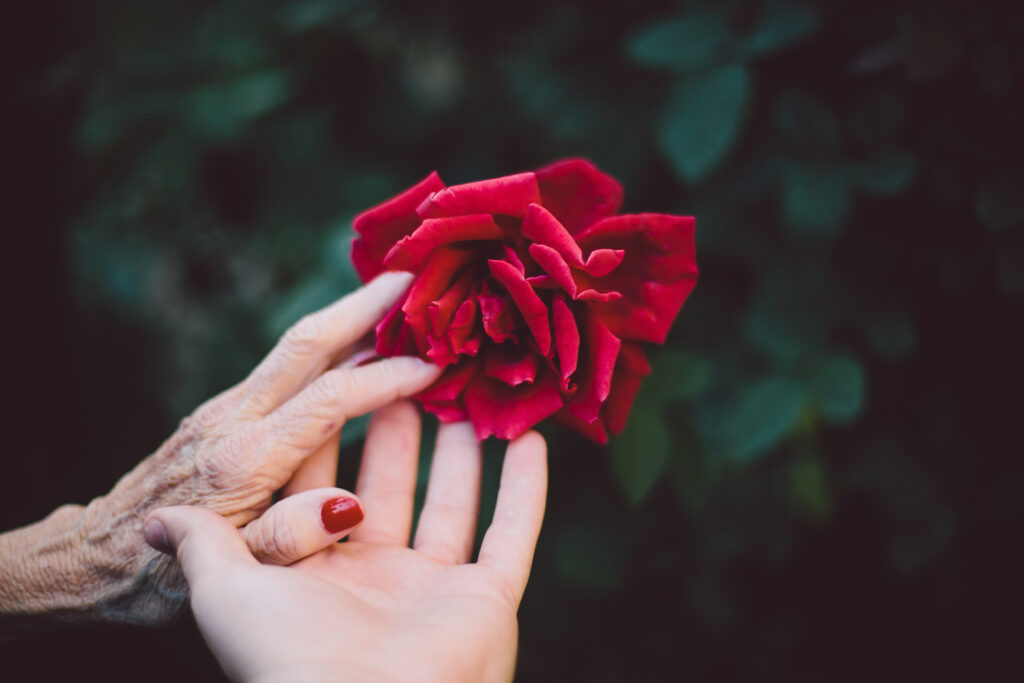 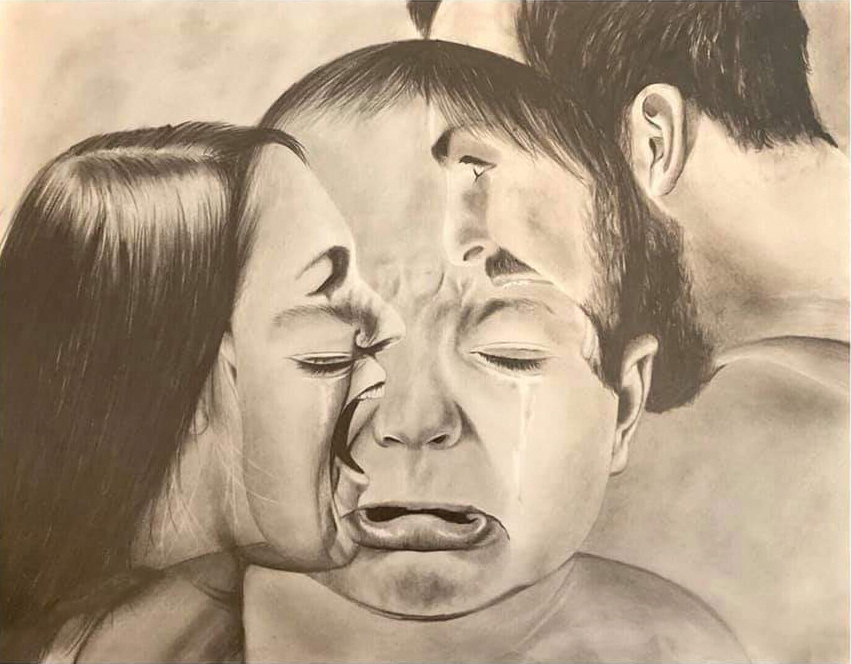 Indigenous women are over-represented as victims of violence. Statistics in the area of intimate partner violence, family violence, race-based and violence in public places are all areas of concern. Since 2014, the Institute for the Advancement of Aboriginal Women has focused on increasing safety for Indigenous women, by sharing information on a safety app, educating young girls and youth on predators, and most recently in the development of a video series and workshop to create awareness of the dangers and connect women to community resources.

We have also developed a Healthy Relationships program, which includes a weekly support group Walking in Your Moccasins which explores one’s connections to family, community, and the universe. Starting with training received from Awo Taan Healing Lodge (Calgary) on Danger Assessments and Program Implementation, the Institute for the Advancement of Aboriginal Women has build a program which meets women where they are at and supports them as they build confidence and resources to live a healthy, safe life.

Edmonton is a release hub for Western Canada, and when polled, 100 per cent of our program participants identified they were involved in the justice system – either as a family member, support person, or as a past or current inmate. Indigenous women represent almost half of the women in federal correctional facilities and the majority of women in provincial jails. Since 2012, we have provided Elder services to the women in federal correctional facilities through the Edmonton Parole Office. We offer a weekly support group to help women stay on a healthy path once they return to the community. 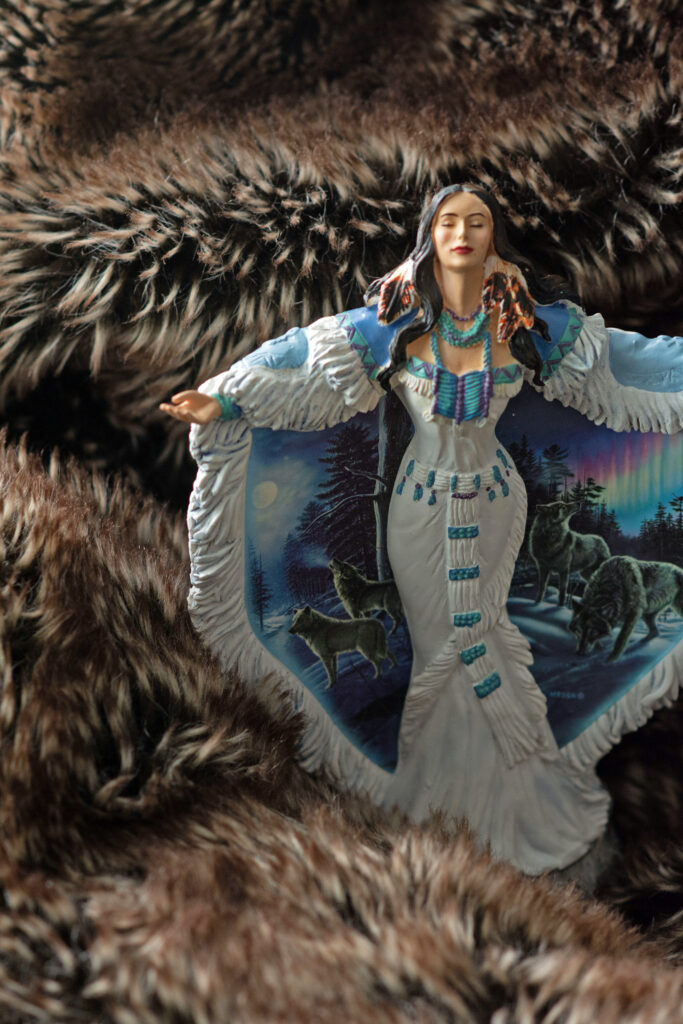 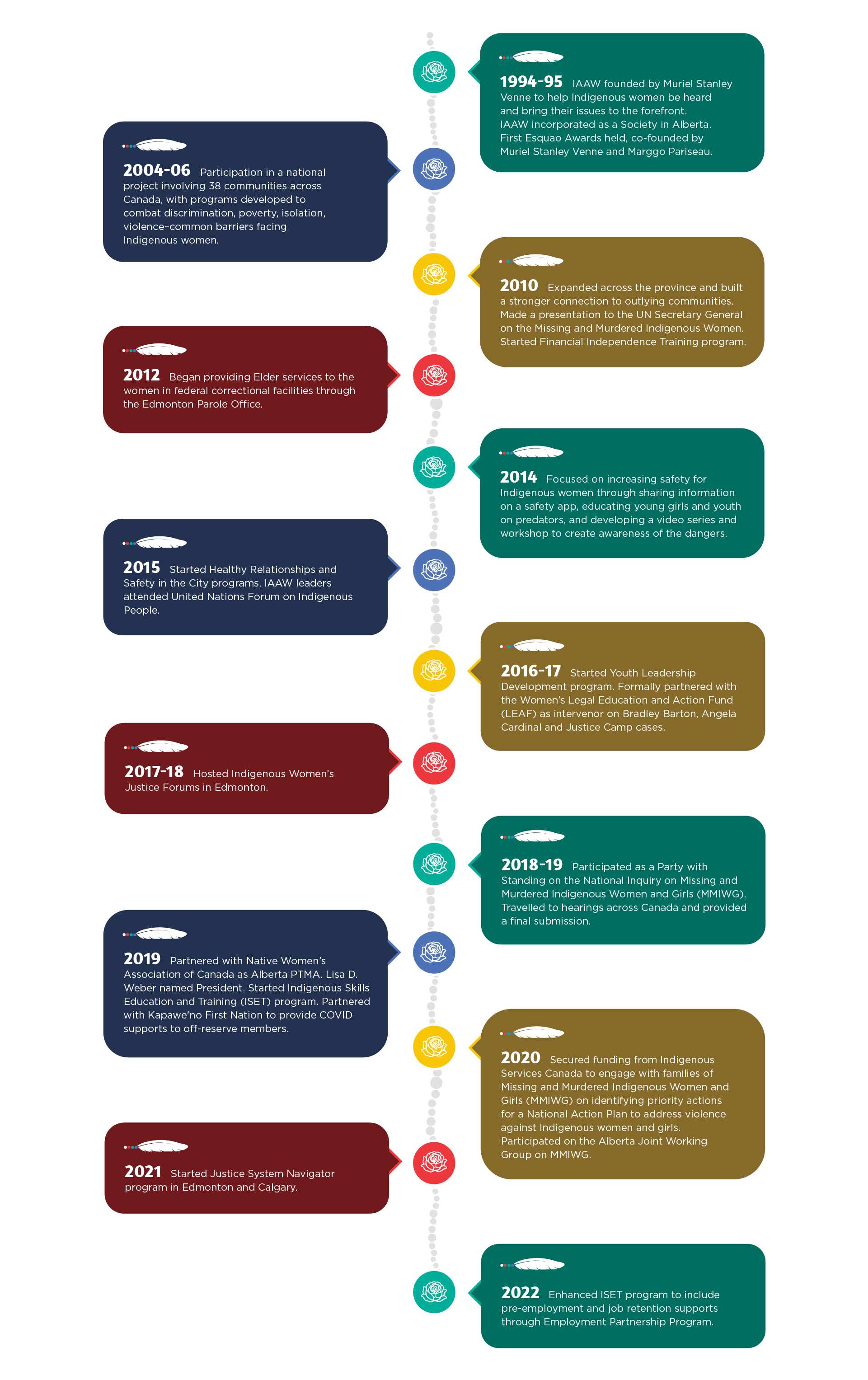